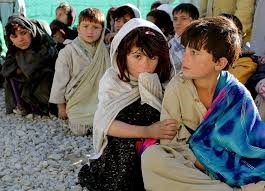 “Needing a time-out from marriage and my career, a do-over, I had volunteered for the United Nations mission. Actually, it wasn’t a new idea. In the heady days of my youth, I had been accepted to the Peace Corps after college and assigned to go to Afghanistan but chose, instead, to marry my boyfriend to keep him out of the Vietnam War draft. Chickened out, not chose, I corrected myself. Everyone who came back from Afghanistan in the late 1960s had Giardia, the almost incurable, wicked kind of intestinal parasites that colonize and reproduce in the small intestines. Why commit gastro-suicide? END_OF_DOCUMENT_TOKEN_TO_BE_REPLACED

Patriotism is a two-sided blade. Positive patriotism promotes national unity, cohesion, and pride. Negative patriotism causes xenophobia, squashes dissent, and reduces innovation. Let’s imagine for a moment that President Trump’s speech in Arkansas in September, 2017 went something like this: END_OF_DOCUMENT_TOKEN_TO_BE_REPLACED

I was struggling to catch my breath as I climbed the big hill behind my home. My ten-year-old granddaughter, hands on hips, watched me as I finished puffing up to the top. It was an early and perfect fall day, cool and crisp. The sky, empty of clouds and the color of the Mediterranean Sea, reminded me of summers in the south of France.

“I love early fall and early spring,” I told Ella.

“I like spring, especially when the leaves begin to bud on the trees,” she replied.

My heart skipped a beat—not from exertion but from her words, which triggered my imagination. Although it was a fall day, I could envision the spring green color of new leaves and new rice in the fields of Cambodia—the color of rebirth!

END_OF_DOCUMENT_TOKEN_TO_BE_REPLACED

I slapped my empty suitcase onto the bed and looked at my best friend, Marilyn. “What the hell do I pack for a year? Seriously, what have I gotten myself into this time?”

The muscles in my face tightened. “Not again, please. Don’t repeat that tired old coffee-mug cliché, ‘Wherever you go, there you are.’”

“It was on a t-shirt, but never mind. I’m only asking whether it will be hard to leave everything behind.”

“No, hard would be staying.”

END_OF_DOCUMENT_TOKEN_TO_BE_REPLACED

Years ago I sent out—mostly via US mail, but by e-mail to those few of us who had it—a monthly letter addressed to “Dear Martha White.” Martha White was not anyone’s real name. She was just a photo on a white sack of white flour, a symbol of good white stuff! And for me, she was a trick I learned when I worked in public relations for the Atlanta Police Department: Make an association to remember people’s names. END_OF_DOCUMENT_TOKEN_TO_BE_REPLACED

Presidents Trump’s travel bans, his rescinding of former president Obama’s executive order protecting the Dreamers, and promoting the imposition of fees on money sent to Mexican families by persons in the US all speak to his xenophobia or, perhaps more cynically, his attempts to appeal to his “base.” In the story titled “Roaches,” I explore my relationship with a Tibetan family, whom I helped to emigrate from Nepal, and the reasons why Trump’s rhetoric puts them in danger. END_OF_DOCUMENT_TOKEN_TO_BE_REPLACED