We love our generals but, make no mistake, they are part of a larger boys’ club. These generals have used their warrior status to serve the country and, in some cases, serve themselves. Do you see any women included in the top or best generals’ lists? Maybe that’s because, according to a 2013 report, among the top ranks only 69 of 976 generals and admirals—7.1 percent—were women. 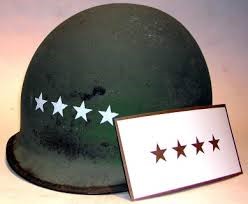 In the early and mid-1990s, I served on a presidential committee for the Pentagon called the Defense Advisory Committee on Women in the Services. DACOWITS was composed of civilian women and men appointed by the secretary of defense to provide advice and recommendations on matters and policies relating to the recruitment, retention, treatment, employment, integration, and well-being of females in the military. I served in the era of the Tailhook scandal—a series of incidents where more than one hundred US Navy and Marine Corps aviation officers were alleged to have sexually assaulted eighty-three women and seven men. I served in the era when women were denied combat pay, even though they served in the theater of operations. I served in the era when female marine recruits were not given live grenades because the men feared they wouldn’t throw them far enough. (The message was: You’re not capable, so why are you here?)

The admiral’s at the US headquarters in Italy, then known as the Allied Forces Southern Europe Command, was just off the conference room where we, the DACOWITS executive board, were meeting with him. Although the room was clean and modest, there was an unusual feature. Picture frames were on the floor, facing the wall, and the hooks on the wall were empty. I couldn’t help myself. I picked up the frame closest to me and turned it over to see what it held—Tailhook cartoons. All the frames contained Tailhook cartoons, and none of them treated the incidents with sensitivity.