The text came midday. “Mom, Ayla’s school is on lockdown. There is a threat of violence. No intruder, according to the news. FBI on the scene. You can text her.” Only two days after the Parkland massacre in Florida! I stared at the tiny screen, a volcano beginning to erupt in my chest. I pictured my tall, skinny, tender thirteen-year-old granddaughter sitting at her desk, locked in her classroom, isolated from anything she would recognize as safe. Our texts back and forth were prosaic—hearts emojis and upbeat clichés about staying focused and calm sent between checking headlines on Google and rallying my other grandchildren to text Ayla as much for diversion as for comfort. (Teenaged boys are not well-versed in comforting sayings.) It was almost 8:00 p.m. before we got the all clear and everyone took a breath. The ‘American Crazy’ had come home. 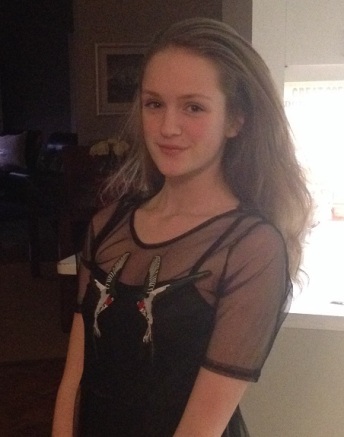 The Orno, MN incident was mercifully without violence. I had already spent the past few days full of rage and pain over the Florida shooting. And yet there was hope in the reaction of parents and children to the savagery: gun control, divestiture of gun manufacturers, an end to assault weapons and the NRA’s vice grip on our political system.

But no! No to that ray of light, to the hope that maybe this time would finally turn the tide. Our president, who needs notes to remind him to sound empathetic and sympathetic, is calling for more guns. He is pulling out every suggestion ever made—including some proposals that were always good, but never acted upon—behaving as if he is actually going to do something to solve America’s obsession with violence. This man who promotes hate, promotes violence, and promotes divisiveness is now going to be a peacemaker. The transparency of his hypocrisy is tantamount to a violent attack on reason and humanity!

The emperor has no clothes and our children are dying!