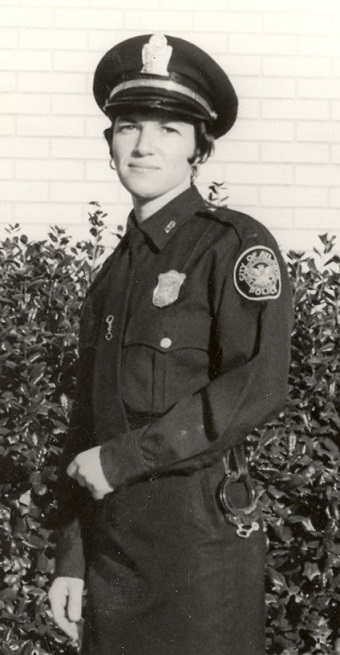 As I drove down the highway toward Moorhead, Kentucky, on a recent sunny afternoon, past the turning fall leaves and familiar limestone rock formations to meet a friend for lunch, I listened to “The Takeaway” on National Public Radio. According to the host, a new survey reported that fifty-five percent of white Americans believe they have been discriminated against because of their race. Of those fifty-five percent, the majority were white males. The experiences recorded for the show were mostly those of men who had lost out on jobs with consent decrees for affirmative action hiring. This had happened to me, too.

In the fall of 1974, I was up at the top of the hiring list for the Atlanta Police Department. My recruiting lieutenant assured me that I would be employed any day. I had cleared all the hurdles with varying degrees of absurdity (but those stories are in my new book, The Fourth Moment): medical examinations, a physical agility assessment, a background investigation, and lie detector tests.  It was just a question of when, not if.

I woke to the phone’s insistent ring.

“Uh huh,” I mumbled, as expectation swept the sleep from my brain.

“I have bad news,” he said evenly. My stomach turned. “They are pulling Shirley Wilson from lower on the list and bringing her on first. She’s black. What are you going to do about it? It should be you.” His tone had changed, and he sounded confrontational.

“Nothing. I’m not doing anything,” I said.

“What?” It was more an exclamation than a question.

Disappointed? You bet. I had an intolerable job as a designer for an elderly furniture maker who was less interested in my design abilities than passing me off as his mistress to his younger competitors! But Shirley, like me, was divorced and raising two young daughters; unlike me, she received no child support or alimony. We both had been recruited under an affirmative action consent decree—hard won, not by white women, but by the black civil rights movement. I would wait. My turn would come. In the meantime, I would support the policies that attempted to level the playing field and produce the equal opportunity that we claim we want . . . except when we don’t.